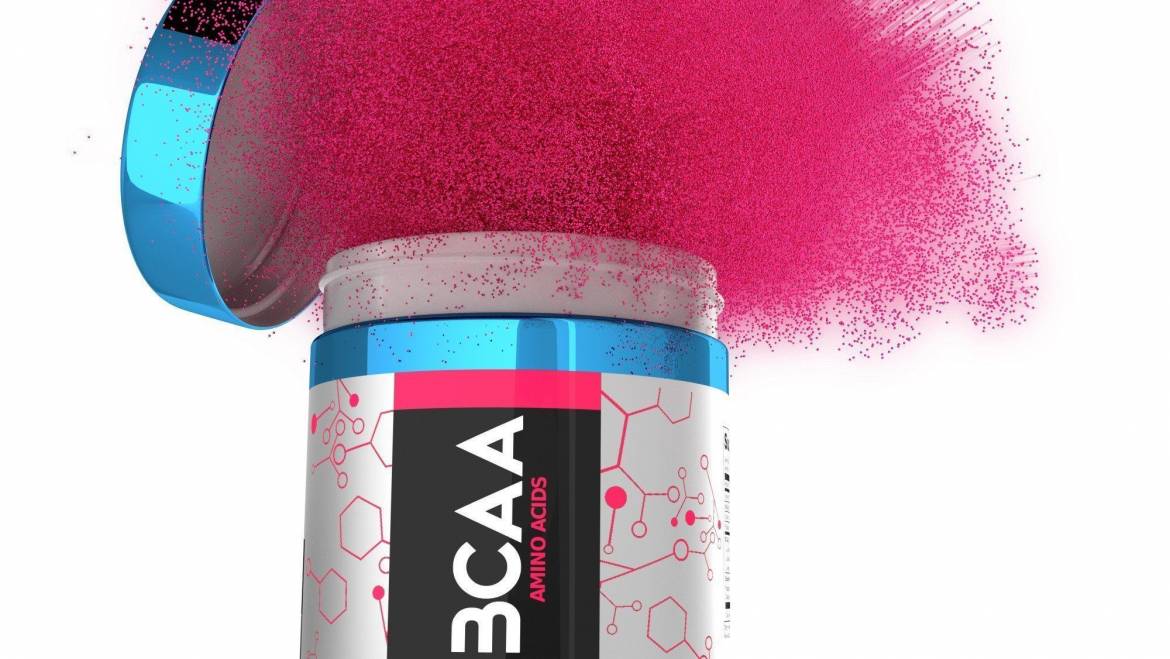 Branched-Chain Amino Acid, or BCAA, supplements are one of the most lucrative products on the market today. Their sales bring in millions of dollars per year for the supplement industry. Proponents (read: people who profit off the sale of BCAAs) claim a broad range of benefits from recovery, to anti-catabolism, to performance, to muscle building. But do they work in a practical sense? Skip to the Conclusion section if you are late for the gym! 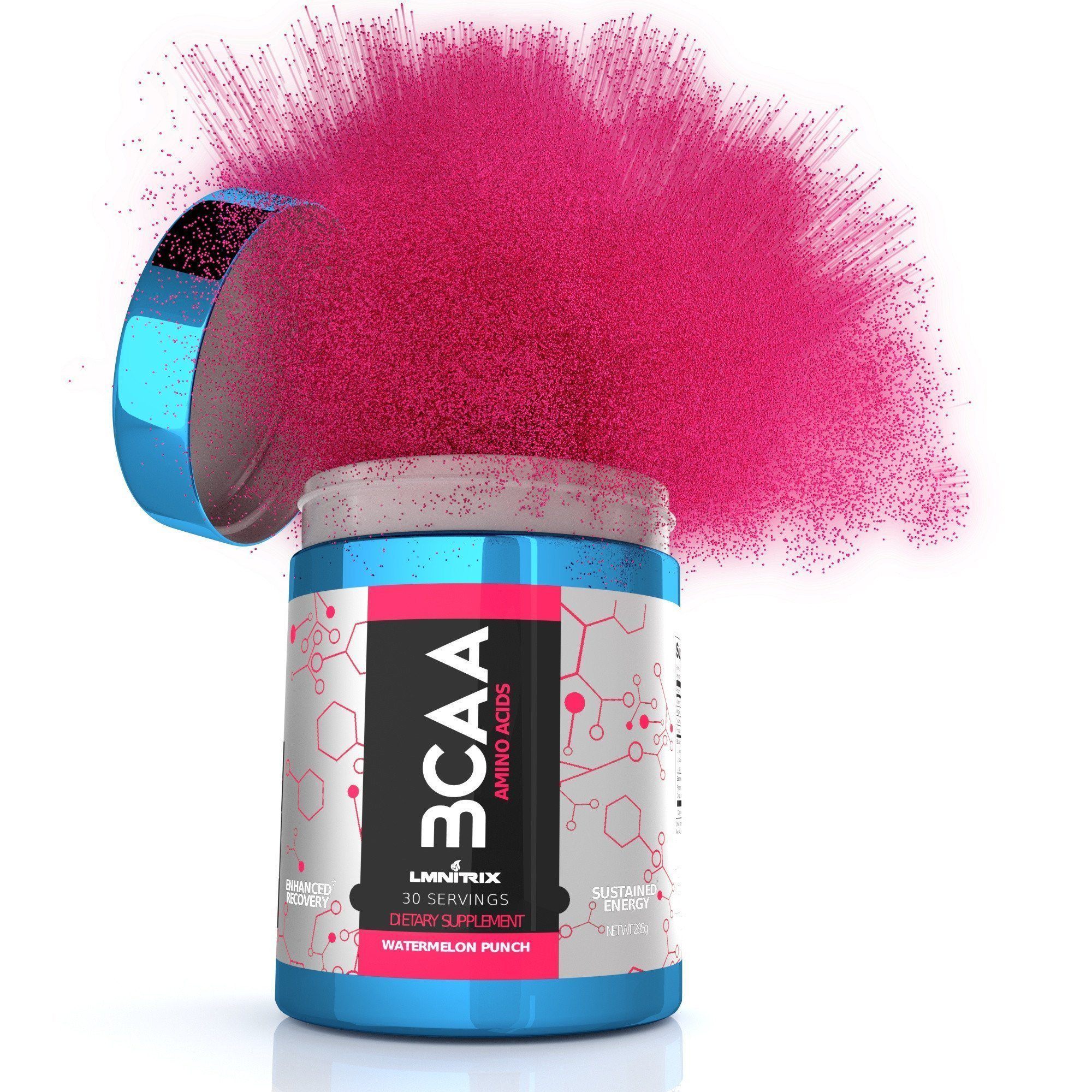 BCAAs are found in all complete food protein sources. They are necessary for health, and when consumed in a food-based diet are ingested with a myriad of other beneficial substances that exert positive effects on the body. This article itself deals with the further supplementation of Free Form Branched-Chain Amino Acids rather than food sources.

For the purposes of this article we will only be discussing the proteinogenic branched-chain amino acids of which there are three. Leucine, isoleucine, and valine. These constitute 3 of the 9 essential amino acids for humans, accounting for 35% of the essential amino acids in muscle protein.1 BCAAs are extremely important metabolically as they promote signaling pathways, metabolism of glucose, and protein synthesis and turnover.2,3

BCAAs also share the same transport protein across the blood brain barrier with Tryptophan, Tyrosine, and Phenylalanine. In the brain, BCAAs may play a role in synthesis of neurotransmitters, production of energy, and protein synthesis.2

Bored yet? Just wait. Let’s get to some meat (pun intended).

The original studies that started the hysteria back in the late 90s to mid 2000s for these products were based on murine models where rats were essentially starved then made to tread water. Lo and behold, a starving rat that was given a BCAA cocktail was able to tread water longer. Therefore, the thought process went, BCAAs taken around or during the workout must be providing aminos required for increased time to exhaustion, recovery, and performance benefits!

Later research suggests this effect was due to a sub-optimal protein intake and the fact that BCAAs themselves contain calories providing energy. Much to the surprise of people who purchase BCAA supplements touting 0 calories, they do contain around 4.65 cals/g.4 Due to FDA labeling loopholes, free form amino acids are not required to list calorie content and therefore opt to show their products as zero calorie.

Another example from this time period (late 90s) was a study based on a group of wrestlers weighing 150lbs and only taking in around 80g of protein (hardly enough). The participants were given a whopping 52g of BCAAs/day.19 The positive results from these studies were not able to be replicated once adequate protein was being administered to the tested athletes.

The second wave of hype for BCAAs came based on Muscle Protein Synthesis (MPS) stimulation research. And the practice of spacing supplemental BCAAs out between meals to maximize MPS was born. The idea was that if you could maximize the “on” rate of muscle protein production machinery that would be a good thing, right? This was ultimately proven disadvantageous for several reasons which we will discuss in depth later.

As a point of additional background: Leucine itself is likely the most important trigger for MPS. An analogy would be that Leucine is the spark plug in a car. The problem being, without the other essential amino acids (not just the BCAAs), the body does not have enough substrate to keep the car running. The essential amino acids in this (admittedly poor) analogy would be the gasoline. MPS may potentially enter a refractory state if it is triggered too frequently. This can prevent maximal benefit of the “machinery”. Based on current research, eating no sooner than every ~3 hours or so may be the optimal time period to prevent entering a refractory state (and if hypertrophy is your main goal). Meal timing is a topic for another day, however.

The breadth of research on BCAAs has essentially exploded over the past two decades. In almost all applications, given an adequate daily protein intake (even when training fasted), BCAA supplements appear to be at best an expensive water flavouring, and at worst potentially detrimental through various mechanisms. This is vital to understand when evaluating BCAA research. Studies showing benefits inevitably have not controlled for protein intake. Let’s delve into the conclusions of well controlled studies (adequate daily protein intake, blinded, minimal confounding variables, etc).

BCAAs are often touted as beneficial for being anti-catabolic and are recommended peri-workout for this application. As the current research shows us, they don’t appear to be beneficial if you have a decent diet, even when fasted. Supposed losses of muscle that BCAAs (and some metabolites such as HMB) are meant to attenuate from common resistance training in humans are trivial or non-existent to begin with.26,27,28 BCAAs are commonly utilized (even after an overnight fast, intra-workout, and in 16:8 IF protocols) to solve a problem that does not exist. Regardless, reducing muscle breakdown peri-workout is a poor choice (and unneeded) for many reasons. Least of which, that muscle breakdown due to resistance training is beneficial.

Burn victims, in the past, were also given BCAAs as an adjunct treatment. However, a 2006 paper suggests that the concept of nutrition supplemented with BCAAs for burns, trauma, and sepsis should be abandoned for a more promising leucine (and glutamine)-only-supplemented nutrition that requires further evaluation.12

“Certain studies suggested a possible link between a high incidence of amyotrophic lateral sclerosis (ALS) among professional American football players and Italian soccer players, and certain sports supplements including BCAAs.”13 Although I am not overly convinced by this research, I have included it for completeness sake.

Tipton states: When a group of male subjects were given 5.6g of BCAAs following a session of lifting weights – the equivalent to 20g of whey – the resulting protein synthesis response was only about 22%, or about half, of what would be achieved with the equivalent dose of whey.22,23

Many BCAA proponents will point to a 2009 Stoppani study as proof that BCAAs must work!21 Unfortunately, diet is not controlled, calories and protein intake are neither controlled nor accounted for, the study’s write-up is vague and non-specific, no supplemental data is present, and it does not appear to have gone through the peer-review process.

I would consider supplementing with a full EAA product (rather than solely BCAAs) in chronic renal failure or urea cycle disorders, or as a supplement to whole dietary protein sources in the elderly.18 In the case of restrictive vegan/vegetarian diets, supplementation with L-Leucine alone is likely adequate.

Lastly, BCAAs/EAAs may provide some benefits, particularly when paired with carbohydrates, in ultra endurance training or in single-day multi-event scenarios (such as a Crossfit competition) when an athlete is unable to consume a meal or protein shake.

I believe Professor Stuart Phillips, PhD said it best with “BCAA are quite possibly the biggest rip off, perhaps second to fat burners, in the entire supplement industry. And remember the plural of anecdotes that they work is still NOT data or (in any way) proof that BCAAs ‘work’”.

Verdict: save your money and purchase a dairy-sourced protein powder or tasty high protein food (or a Maui Athletics t-shirt)! 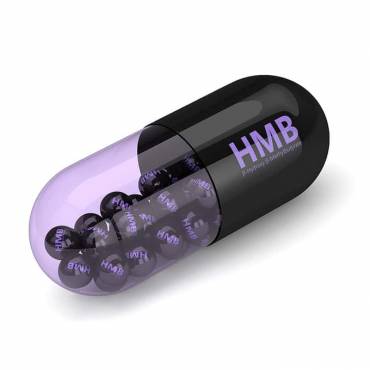 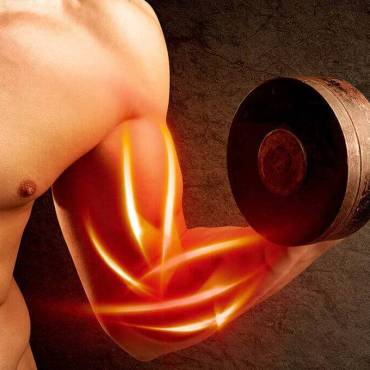