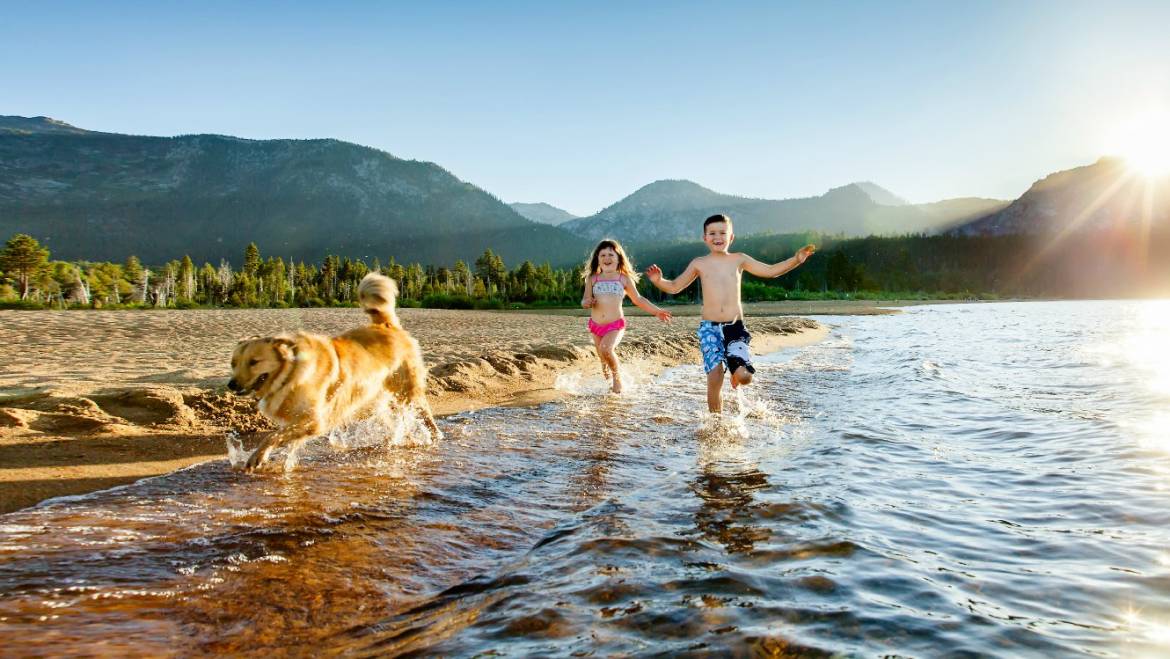 Non-exercise activity thermogenesis (NEAT) is the energy expended by everything we do that is not related to basal metabolic rate (the energy required to live), eating (the thermic effect of food), or sports-like exercise. It covers everything from energy used working, walking, typing, chores, standing up, undertaking agricultural tasks, fidgeting, and much more. 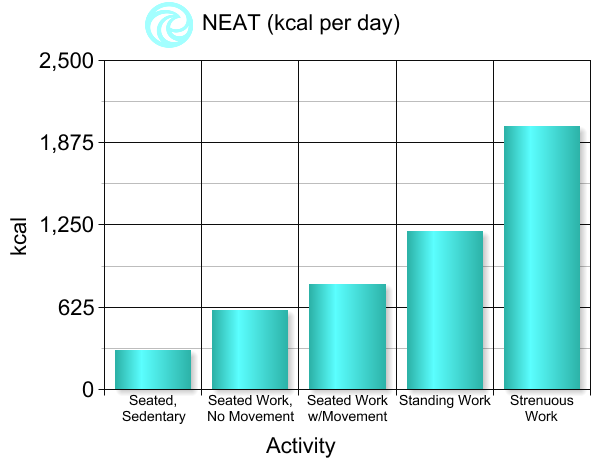 NEAT explains the vast majority of an individual’s non-resting energy needs. Agricultural and manual laborers have high NEAT, whereas wealth and industrialization appear to decrease NEAT. Physiological studies demonstrate, that NEAT is modulated with changes in energy balance; NEAT increases with overfeeding and decreases with underfeeding (i.e. dieting). Thus, NEAT is a critical component in how we maintain our body weight and/or develop obesity or lose weight.Levine 2002

A compensatory mechanism of the body during dieting is to lower activity (NEAT) levels to prevent further weight loss. This is an attempt by the body to maintain weight. This adaptation was important to the survival of our ancestors, but may work against our health goals in a society where energy rich foods (and sedentary behaviors) are prevalent. 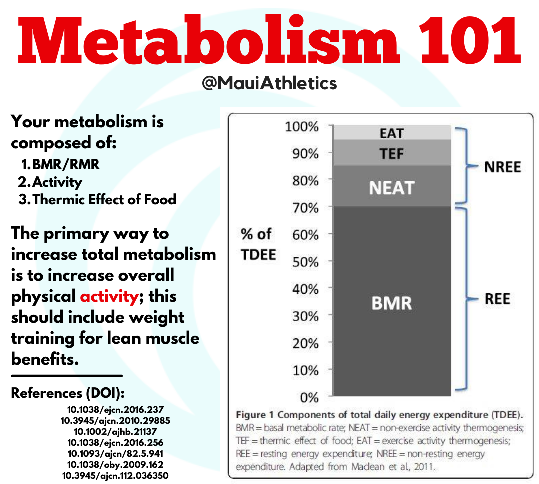 A large portion of the variability of 24 hour energy expenditure among individuals, independent of differences in body size, was due to variability in the degree of spontaneous physical activity, i.e., “fidgeting,” which accounted for 100-800 kcal/d in these subjects.

Non-exercise activity thermogenesis varies widely in a population and by up to 2000 kilocalories day-1 between two individuals of similar size. These differences are related to complex interactions of environmental and biological factors, influenced by people’s different occupations and leisure-time activities, as well as molecular and individual genetic factors. 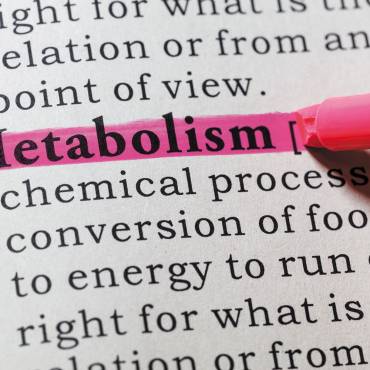 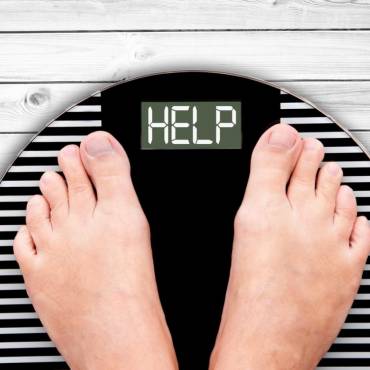 Why you’re not losing weight 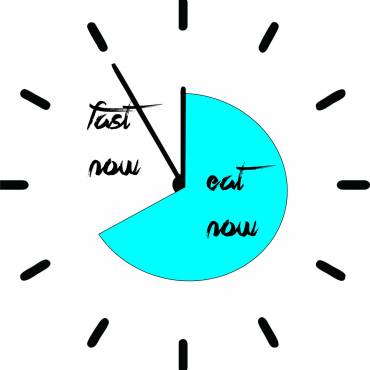